The opera-musical ‘Dorian Gray’, based on Oscar Wilde’s novel ‘The Picture of Dorian Gray’, tells the story of a narcissistic dandy whose good looks are preserved while his portrait ages for him. The painting bears Gray’s guilt and the scars of his actions, allowing him a deceptive freedom. Too late, he realises that eternal beauty without personal growth leads to inner emptiness. Disgusted, he stabs the painting, killing himself in the process.

Roland Fister’s music creates a bridge between opera and musical theatre. Arranged for symphony orchestra and sung by soloists and opera chorus, ‘Dorian Gray’ conjures a sonic opulence that draws the audience deep into the emotional turmoil of its antihero’s story.
According to an enthusiastic review from Bayerische Rundfunk: “It is fascinating how Roland Fister links the opera and musical genres in one and the same song, how rhythms change from one second to the next, and an aria suddenly becomes a jazz number.” 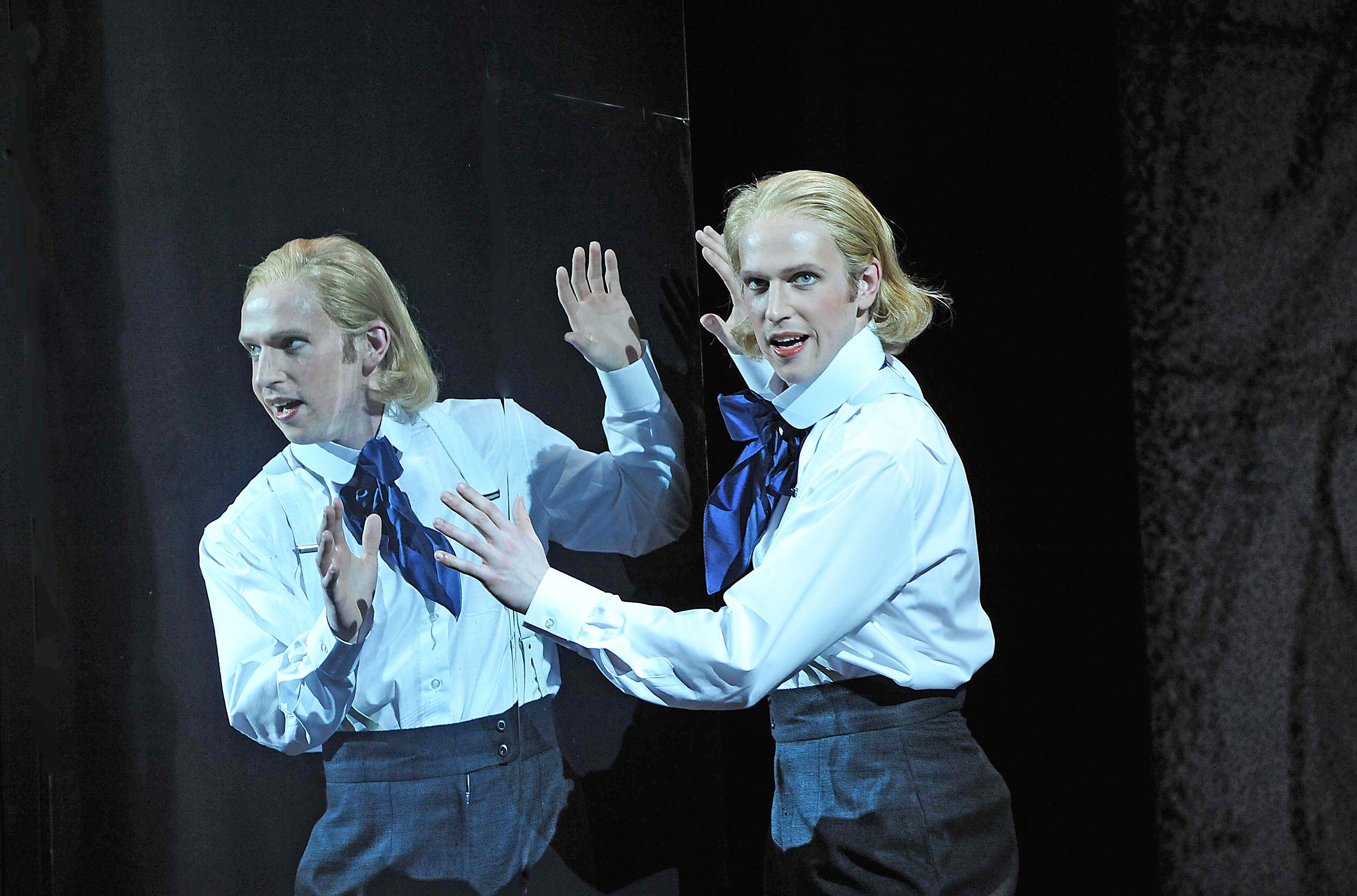 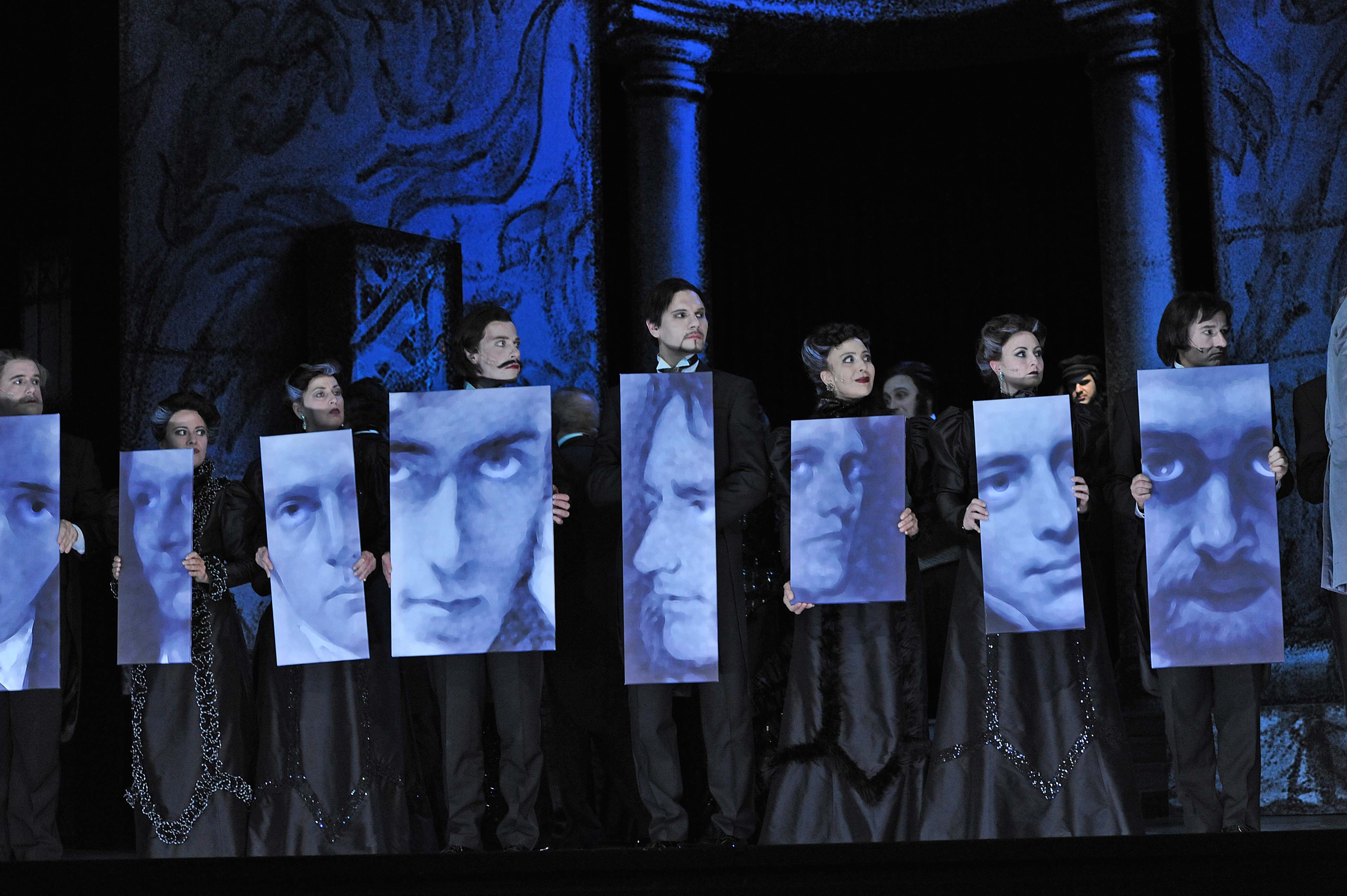 The German Press Agency DPA described the show as an “impressive musical adaptation”, while the Coburger Neue Presse called it a “phenomenal work of art, which unquestionably gets under one’s skin and will make an impact far beyond Coburg”. Due to public demand, ‘Dorian Gray’s’ first run of performances stretched over two theatrical seasons. The themes struck a powerful chord with younger audiences too, triggering a surge in attendance from theatregoers in the 18-35 age group. 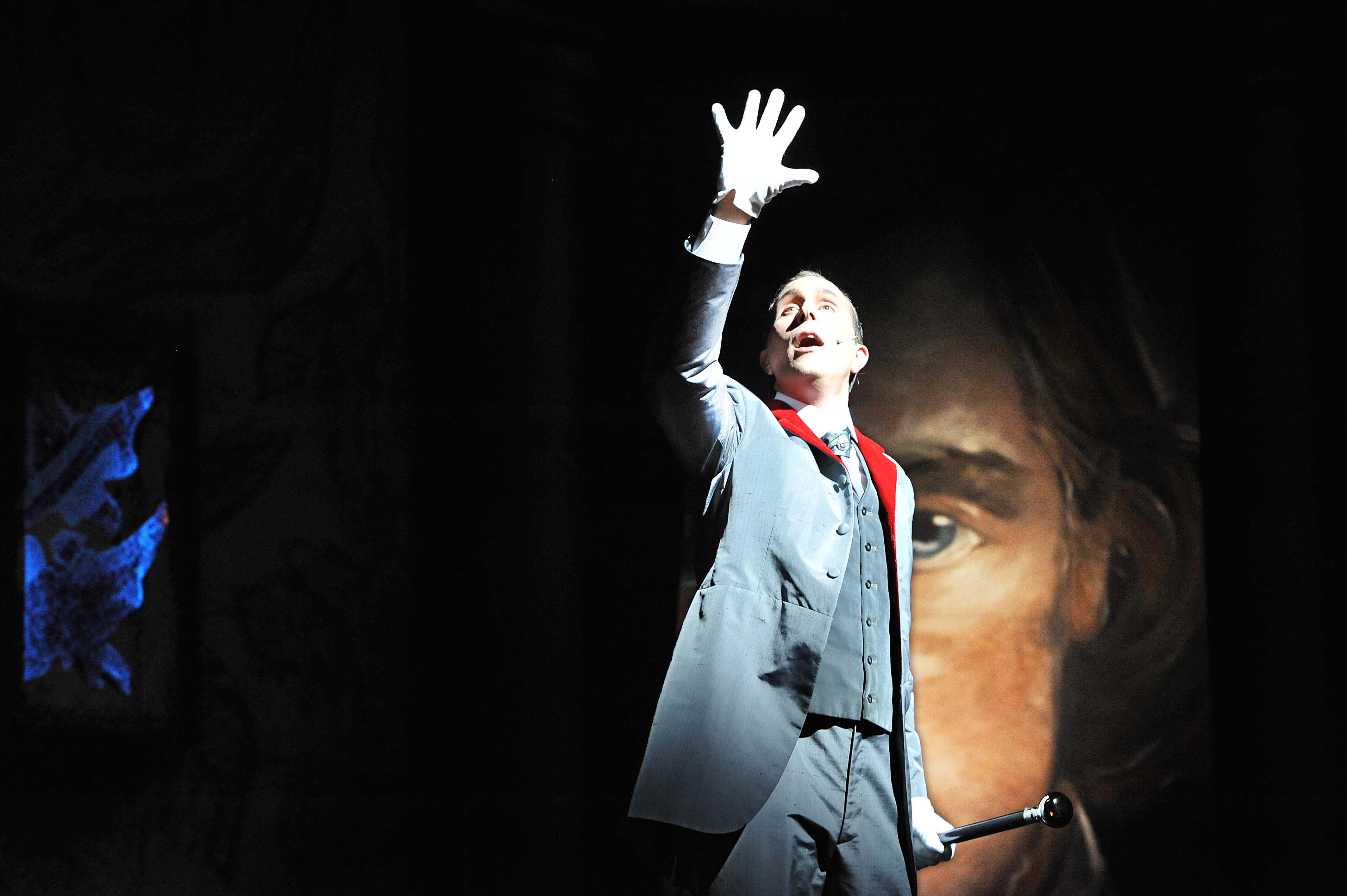 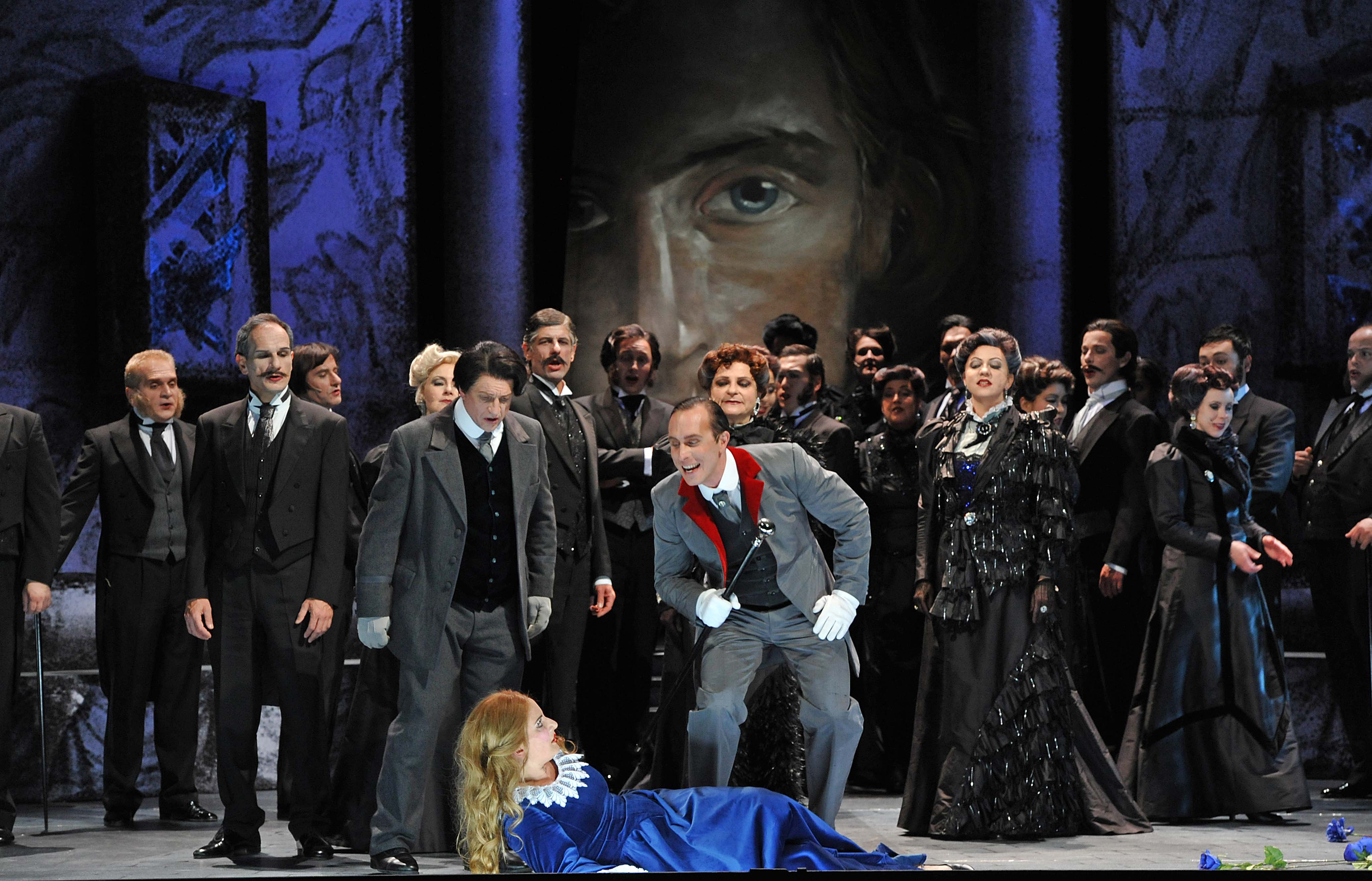 „It is fascinating how Roland Fister intertwines the genres opera and musical theater in the same song, how in a matter of seconds the rhythms change and an aria all of a sudden morphs to a jazz number“ (BR)